Note: this entry has proven itself much longer than I had intended; I had concieved of a post per game, but this one, as it is now, will require three! Obviously, I need to play with this format in the future — perhaps a table of ports, screenshots, scores, and a 1- or 2-sentence comment. Still, here’s my first attempt — which may end up being the only one in this format.

Welcome to the first entry in Winterdrake’s new Conversion Wars series, where I’ll be comparing the various home computer and console ports of several popular games (it’s only fun if they had a lot of conversions, after all). For details, please see the intro. The first entry, following on my previous post from another series, is Sega’s Out Run. This entry will actually be split into 3 separate parts: one (this one) focusing on 8-bit home computer ports, another one where I’ll look at 16-bit home computer ports, and a third one about console ports.

So, Out Run. In the arcades, it was a very popular game in the late 80s, and a big part of it was its atmosphere. As I mentioned in my last post, linked above, Out Run wasn’t about some “highly competitive race”; instead, it was about driving an expensive cabriolet sports car, a girl at your side, in several almost paradisiac scenarios based on the United States — beginning, very famously, with a road parallel to a beach. Providing at least a fraction of that sensation, then, would be essential to any port; by turning Out Run into a generic driving game where you couldn’t even tell where you were supposed to be (“is this a beach or a snowy mountain?”), you’d be completely missing the point.

A feeling of speed would be essential, as it is for any driving simulation. If you can read “250 km/h” on the screen, and yet it looks and feels like you’re driving a tank, then you should go back to the drawing board.

Out Run was also famous for its graphics and music, and, therefore, reproducing at least some part of both should be a priority.

So, how do the several ports compare?

END_OF_DOCUMENT_TOKEN_TO_BE_REPLACED 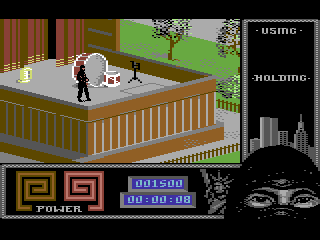